Default on fixed deposits and various other instruments, including the recent case of Non Convertible Debentures has increased the role of credit rating agencies.

What do these credit rating agencies do?

These credit rating agencies rate various instruments, that allows you to take a decision on whether to invest in the instrument or not. It is also helpful to bankers before lending. 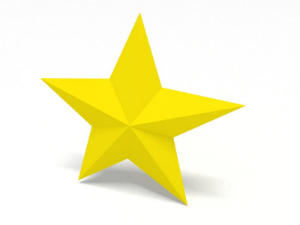 What are the various credit ratings for fixed deposits?

Let us give an example. If you want to invest money in a fixed deposit, you must understand that company deposits are insecure deposits. So, you must look at the credit rating to understand whether there is a possibility that a rating agency would default on payment of your principal and interest amount.

Which are the top credit rating agencies in India?

Crisil is among the premier and top ranked credit rating agency in India. It has over the years evolved to provide rating to a host of instruments and products. Today, it's areas of rating is not only diverse, but, it operates in a host of countries, including as many as 8 countries.

Lenders and borrowers are increasingly looking at Crisil's ratings before investing.

ICRA has been promoted by some of the top-notch financial institutions in the country. It was established way back in 1991. The company offers ratings across various categories including state governments, corporates, bonds etc. It rates across various instruments including fixed deposits.

A AAA rating from the agency is considered as very sound. It rates manufacturing companies, financial institutions, including small scale enterprises, which it only launched recently.

Apart from this ICRA provides a tremendous insight into industry research reports for clients.

Care Ratings too has been in existence for sometime now. In fact, the company been providing its services way back in 1993. It rates sub sovereigns, Initial Public Offerings, company fixed deposits and the like.

Bricwork Ratings is another top-notch rating agency in India. The company claims to have rated more than Rs 2 lakh crores in banks loans and bonds. That is a significant sum by any stretch of imagination. The company has a host of clients including those from the corporate and SME sector.

India Ratings is a subsidiary of the world renowned Ficth Ratings. India Ratings has gradually grown its market share in the last few years and has emerged as a respectable name in the ratings business.

Why it is important to look at ratings before investing?

If you are investing in India, it is important to look at the ratings provided by these rating agencies in India. This is because it would help corporates and individuals avoid losing money by investing in companies with a sound and solid financial rating.