Globally the prices are steady and near a two and a half month high. In the previous day's trade, spot gold hit its highest price since February of $1817.90. In fact for the week the rise in gold price has been a remarkable 2.5%. Furthermore, gold as an asset class is poised to see its best week in 5 months time. U.S. gold futures were little changed at $1,816.40.

Factors aiding the price rise of the bullion

There are a host of factors which may be pushing up the gold prices higher such as uncertain markets but for now majorly weaker dollar and retracement in the US treasury yield have played their part. The better than expected US jobless data which came in at a 13-month low has sent 10-year treasury yield lower to 1.577%. (as of 6:11am EDT) and there is awaited U.S. non-farm payrolls report which is due today.

Notably lower yield makes gold more attractive as in the other case the opportunity cost of holding non-yielding bullion increases. If the jobs data comes in gold it will mark that the economic is improving at a faster pace which might propel the central bank to up interest rates and there shall set in higher risk-on sentiment, which will impact's gold run up.

Also, dollar index has faltered to a one-week low making gold less expensive for holders of other currencies.

Notably, in India as it sees its worst second wave, many gold shops are shut due to localised restrictions and this is despite those reasons that gold is continuing to show up its mojo. 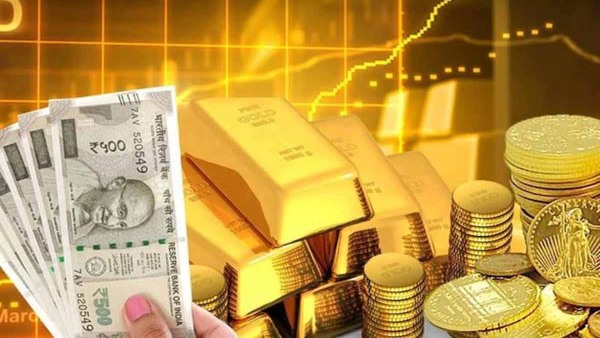