Initially meant to serve only market operator, loan against securities also referred as LAS is also exploited also to a great deal. And to some extent some of the scandals that have come forth in the last one year primarily Karvy Stock Broking have something to do with stock against shares.

But here we will delve on the product for you as a general investor who because of financial crunch wants to take this route and wants to know of the nitty gritties associated with it:

Which all Institutions Extend loan against shares?

Loan against shares are extended by top commercial banks, NBFC companies as well as mutual fund houses. While there can be an upper cap in case of banks of say Rs. 20 lakh there is no such limit for the other institutions.

Interest rate on loan against shares

From non-bank institutions, the rate charged for such loan is 9-15% . Also, as the risk of default on such product is on the higher side, the interest rate on this instrument has scaled higher over the time.

Furthermore, it is dependent on the profile of both the company as well as promoters.

Another factor, in recent time is there is liquidity squeeze with the NBFC and mutual funds are also turning risk-averse because of the volatility in the stock markets.

Tenure of the loan:

It is usually a short term loan offering for 6-24 months time.

"Fund houses seem to be attracting regulatory attention on LAS due to collapse of some latest corporate deals," said Vikram Dalal, founder, Synergee Capital. And because of increasing default, investors are turning wary as well as risk averse and hence the cost of Loan against securities has inched higher from a year ago period.

In June last year, the detailed reasons will have to be provided in a case of pledging of over 20% or 50% of the holding of promoters. Also, closely mutual fund houses take on LAS schemes is under the lens.

NBFCs such as Bajaj Finserv extend loan against securities of up to Rs. 10 crore

This is with no foreclosure charges and a wide list of securities is on offer that can be kept as collateral for securing funds. 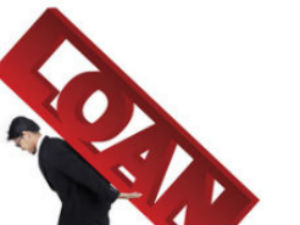 Why you should avoid such loans?