IIP indicator measure the short term changes in the volume of production of industrial products with reference to a base period. It is therefore not influenced by any price fluctuations. 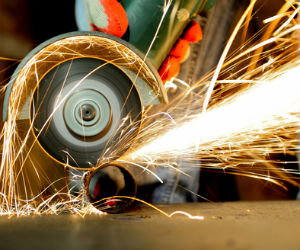 What is IIP here?

IIP is calculated by the Central Statistical Organisation (CSO). It is published every month keeping a gap of six weeks.

CSO takes the base year as 2004-05. Now, CSO takes into account 682 items. It includes the technologically advanced goods such as ipads and cell phones and thus able to give a broader and better picture of growth in the economy.

The products are selected from the results of the Annual Survey of Industries in 2004-05. All the products which contribute 0.20 percent or more to the total value of production at 2-digit industry of National Industrial Classification are included in the item basket.

Each item included in the basket is given an appropriate weight. Weight is determined on the basis of gross value added (GVA) from the industrial activity. The weights are considered in order to capture the different economic activities which needs to be reflected while measuring the performance of the entire industrial sector.

IIP is calculated as the weighted average of production relatives of all the industrial activities. In the mathematical calculation Laspeyre's fixed base formula is used.

Industry is changing fast over time driven by up-gradation in technology, economic reforms and consumption pattern of the people. Over time, consumer behaviour has changed. The goods which were considered as luxury once are regarded as necessary now. So, it becomes necessary to revise the base rate from time to time in order to capture the changes in the economy.

IIP is considered as an important data for a number of reasons. For example, the data which is released after market hours is eagerly watched by stock market analysts to understand, if economic momentum is gaining traction.

IIP is also an important indicator for the Reserve Bank of India, when framing its monetary policy. Though one must admit that the CPI inflation data has become a key for the RBI. However, if IIP data suggests that industrial activity is slack the country's central bank may refrain from cutting interest rates. On the other hand, if IPP data is higher, it may hold interest rates steady.