Countries around the world including India are emphasizing on women empowerment. With initiatives like #metoo and #time'sup, violence and discrimination against women gained attention and helped raise the voice of vulnerable and silent victims around the world.

The Indian government has also recognized women issues and their contribution to the country's economy. Here are some of the women empowerment initiatives available to women in India:

It is a direct online marketing platform launched by the Ministry of Women and Child Development to support women entrepreneurs, Self Helf Groups (SHGs) and Non- Governmental Organisations (NGOs) to showcase products made and services rendered by them. This is a part of the 'Digital India' initiative.

Women can register themselves at www.mahilaehaat-rmk.gov.in and leverage technology for showcasing their work to a broader market.

This is a social campaign aimed at eradication of female foeticide and raising awareness on welfare services intended for young Indian girls.

In India, the child gender ratio in the age group of 0 - 6 years stood at 931 girls for 1000 boys and it dropped to 918 girls for every 1000 boys in 2011. Sex - selective abortion or female foeticide in India has led to the sharp decline in the ratio of girls born in contrast to the boys in some states in the country. The wide gap in child gender ratio was first noted in 1991 when the national census data was released and it turned out to be a worsening problem after the release of 2001 national census data.

To bridge the growing gap between the birth of girl and boy infants, the government of India has taken up an initiative to promote Beti Bachao Beti Padhao and many programmes has been organized to promote ‘Save Girl Child' and to ‘Educate Girl Child', since January 2015. The campaign has also received support from the Indian Medical Association.

Popularly known as 'Sakhi,' it was implemented on 1st April 2015 with the 'Nirbhaya' fund. The One Stop Centres are established at various locations in India for providing shelter, police desk, legal, medical and counselling services to victims of violence under one roof integrated with a 24-hour Helpline.

The toll-free helpline number is 181.

Here is a list of Sakhi centres across the country.

These centres can be contacted for:

The objective of the scheme is to promote the availability of safe and conveniently located accommodation for working women, with daycare facility for their children, wherever possible, in urban, semi-urban, or even rural areas where employment opportunity for women exist.

Further details of the Working Women Hostel Scheme can be accessed on the Department of Women and Child Development's official website.

The Swadhar scheme was launched by the Union Ministry of Women and Child Development in 2002 for rehabilitation of women in difficult circumstances.

The scheme provides shelter, food, clothing and care to the marginalized women/girls who are in need. The beneficiaries include widows deserted by their families and relatives, women prisoners released from jail and without family support, women survivors of natural disasters, women victims of terrorist/extremist violence etc.

The implementing agencies are mainly NGOs.

The Support to Training and Employment Programme for Women (STEP) Scheme aims to provide skills that give employability to women and to provide competencies and skill that enable women to become self-employed/ entrepreneurs.

A particular project will be for a duration of up to 5 years depending upon the nature, kind of

activities and the number of beneficiaries to be undertaken.

The Nari Shakti Puruskars are national level awards recognizing the efforts made by women and institutions in rendering distinguished services for the cause of women, especially vulnerable and marginalized women.

The awards are presented by the President of India every year on 8 March, International Women's Day at Rashtrapati Bhavan in New Delhi. 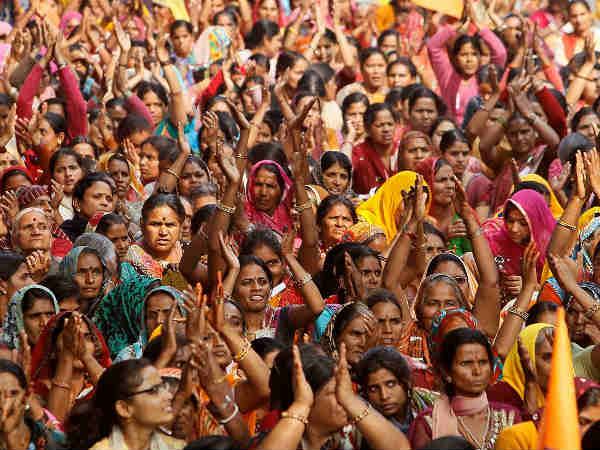