Bengaluru May See A Rise In Office Rentals, Mumbai, NCR To Be Stable
View Sample
For Quick Alerts
ALLOW NOTIFICATIONS
For Daily Alerts

It was the year 2008. On the 1st of November a man calling himself "Satoshi Nakamoto" posts his design for a new currency called "Bitcoin" to an uncertain cryptography mail-list. He leaves a link for its white paper "http://www.bitcoin.org/bitcoin.pdf" (You can still access it for yourself).

The members of the mail list had never heard of him. An online search of his profile gave contradicting information (Japan as the country of living and a German email address.) The mystery man had left behind a solution to a problem that cryptographers had been working on since the birth of the internet: the digital money.

It is called the double-spending problem. Unlike traditional currency, digital does not take the form of metal coins or paper but is mere data that can be copied and pasted. So one could paste it several times.

Now, the solution would have been to engage a third party to regulate a ledger maintenance of all transactions. But, like all things with value, there is a high chance of fraud and manipulation of funds in the hands of humans.

Satoshi Nakamoto eliminated the need for third-party administration with the invention of a public ledger called "the blockchain."

This ledger which is open to the public can be regulated by anyone who is willing to devote their CPU power to run a software designed for bitcoin mining. These people are called miners, who form a network to maintain the block chain. 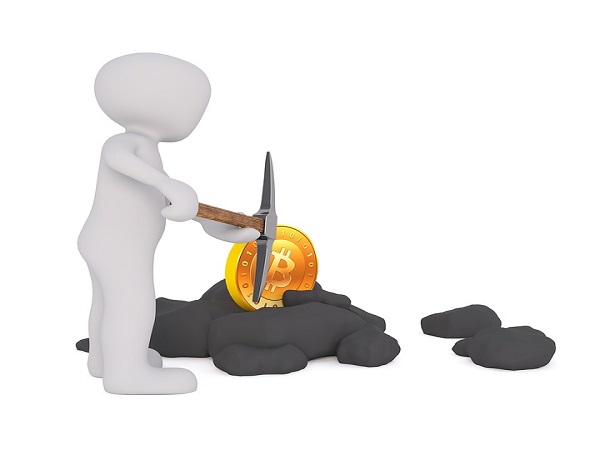 The process of mining involves solving irreversible cryptographic puzzles from the data collected from various transactions. This will generate new currencies which is the miner's reward for creating a block.

The first one to solve the puzzle gets 50 bitcoins.

A block is added to the chain in the ledger with every successful puzzle solved and transaction processed.

The level of difficulty of the puzzle increased with the increase in the number of miners. This ensure that its production was limited to one block for roughly every ten minutes.

The other twist is that, the reward for adding block is halved every 210,000 blocks, so after 50 bitcoins it is reduced to 25 and so on.

A total of 21 million bitcoins are to be mined in total.

The first 50 bitcoins were mined by Nakamoto himself and this came to be known as the "genesis block."

It was January 2009, when Bitcoin was worth nothing. For a year or so, it remained that way as the existence of such a currency was only known to a small group of cryptographers.

It was however praised by bright minds in digital currency calling it "a fundamental shift".

Slowly, supporters started accepting them in payments and donations.

It is said that an American programmer paid 10,000 bitcoins to buy 2 pizzas from Papa John's. He did so by sending the bitcoins to a volunteer in England who made a credit card payment for the pizzas. It is considered the first real world transaction in bitcoins.

Around the same time, Forbes released a story on a new "cryto currency," raising its value from 86 cents to &dollar;8.89 in a month. In the next week, the value almost tripled to &dollar;27.

(Nakamoto, who was using his pseudonym to communicate with the crypto community about the technical codes vanished altogether in December 2010.)

Bitcoin started gaining too much attention. In 2011, with its increase in value, more and more supporters invested and mined the digital currency.

The most attractive feature of Bitcoin is that, it is not chained to any government officials in its working. It functioning and transactional ledger is public and based on algorithms that cannot be manipulated, making it secure. Its mathematical formula maintains its growth at a steady rate.

It is also immune to print press ways of hyperinflation.

Bitcoin reached its highest ever recorded price in December 2017 at nearly &dollar;20,000.