Crypto Fraud Of Over $200M In UK This Year: Check Other Crypto News
View Sample
For Quick Alerts
ALLOW NOTIFICATIONS
For Daily Alerts

Gold has rebounded during the entire week and is set to notch its biggest ever weekly gains since October 2011.

Domestic gold tracks international gold and spot gold was last trading at $1470 an ounce. It has recovered almost $150 after hitting $1320 on April 16.

The week has seen a smart bounce as physical buying in countries as far as Australia and Turkey saw the metal bouncing back smartly. 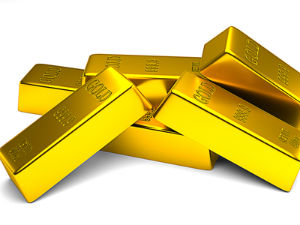 Investors completely ignored ETF sale and the fall in gold has once again proved to be a temporary aberration.

Reuters has reported that Turkey, one of the world's biggest gold buyers, has imported more of the precious metal in April than in any month since last July following a surge in domestic demand after gold prices hit a two-year low last week.

Russia has also increased its gold reserves, the IMF has reported.

Clearly, gold is bouncing back with a vengeance - how far it will go, is difficult to predict.