The largest public sector lender has raised a whopping Rs. 15000 crore from both domestic as well as foreign institutions through the largest QIP or Qualified Institutional Placement. 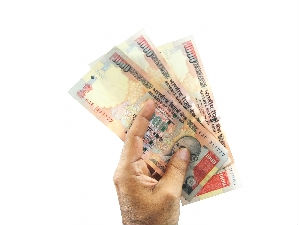 Know all about QIP, here.

The QIP issue thrown open has been closed only in early hours of Tuesday and demand exceeded over Rs. 20,000 crore. The commitment to the issue was overwhelming and as reported to the leading business dailies, LIC alone bid for over 50% of the share floated for sale by the banking major.

The largest issue to hit the Indian capital markets even crossed the earlier issue by SBI in Januray 2014. The subscription to the offer was seen even before the actual launch of the issue.

Details of the issue:

For a face value of Rs.1 Per share, floor price was capped at Rs. 287.58 per share. As per the bank, there would be a maximum provision of 5% discount for the offer.

Aim of the QIP Issue

The issue is expected to raise the capital adequacy level of the banker to 14.5% meeting its capital requirements for the next two years.

For meeting its capital needs, the government infused a capital of Rs. 7575 crore last year. The company's total ownership that rests with the government as of 31st March, 2017 is 62.22%.

Though the government owns over 50% share in these state-run lenders, they have been reluctant in infusing capital due to performance issues. Most of the time performance parameters are left unmet, which is owed to the mounting crisis of bad debts which erodes banking capital.