After a 19-day pause, petrol price today was hiked by 17 paise a litre and diesel by 21 paise in the Capital. The state-owned oil firms have passed on the international rise in crude oil prices to Indian consumers. 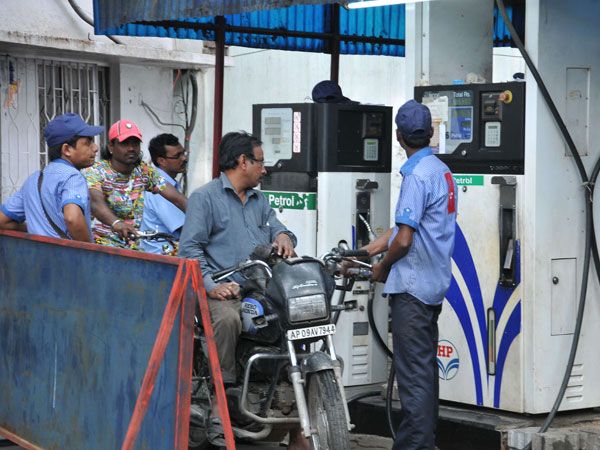 Petrol Prices May Rise Steeply After Karnataka Elections; Here's Why?

Petrol in Delhi now costs Rs 74.80 per litre from Rs 74.63 while diesel rates were increased to Rs 66.14 a litre from Rs 65.93 as per IOC's (Indian Oil Corporation Limited) website. This would be diesel's costliest ever price while petrol is at its 56-month high.

IOC has been revising petrol and diesel rates every day since June, but these were kept unchanged since 24 April, three weeks before Karnataka assembly polls. Reports suggest that the state-owned oil companies would have incurred almost Rs 500 crore in losses by not reflecting the increase in international prices and deteriorating rupee value in its fuel charges.

In June, state-owned companies had given up its 15-year old practice of revising fuel rates on the first and 26th of every month and adopted a dynamic daily price revision based on international crude oil prices. In June 2010, the government had terminated its control on regulating petrol prices and diesel was deregulated from October 2014. Since then fuel prices have been moving as per the international oil prices, however, it has been observed that the revision is held before any major election, suspecting government involvement in the price regulation.

Petrol and diesel rates are also imposed with high excise and customs duty apart from state-specific taxes. Between November 2014 and January 2016, excise duty was raised nine times despite a fall in crude oil prices abroad.