Demand for gold, which had lost its appeal in the past decade, is back and shining. Amid growing uneasiness and uncertainty from the US-China trade war, asset management companies are going all in with gold, the safe haven investment in times of global tensions. The increase in demand has been pushing prices to new highs.

Goldman Sachs Group, on Sunday, in its note lowered the growth forecast for US by 20 basis points and said that the fears of the US-China war leading to recession are increasing. It also expects Trump's latest round of tariffs to go into effect in September and no trade deal between the two largest economies before the 2020 US Presidential election.

"We expect tariffs targeting the remaining $300bn of US imports from China to go into effect," it said.

On 1 August, American president Donald Trump announced additional tariffs of 10 percent on the remaining $300 billion worth of Chinese goods with effect from 1 September. China retaliated with halting purchases of agricultural products from the US.

Further, after the Chinese yuan breached the sensitive level of 7/dollar last week, the US accused China of manipulating currency for competitive gains and also officially labeled the country as a "currency manipulator." China has denied the allegations.

For over a year now, the two countries have been disputing over trade practices, theft of intellectual property, cyber security, currency manipulation, tariffs and trade gap among other things, with no real progress in negotiation talks.

With rising input costs as supply chain of American companies that have significant presence in China disrupts, they are likely to reduce production and capex spending, the GS economists said.

Further, as Trump continues to pressurize Federal Reserve to cut interest rates and weaken the dollar, the investors will increase their holding in gold. 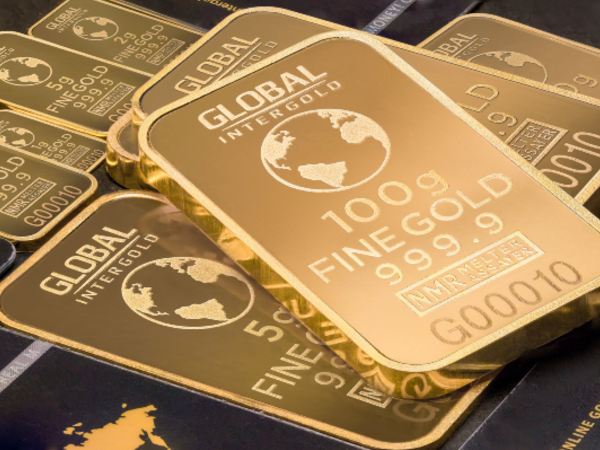 Also Read: Gold Prices Scale Over Rs. 38,000: This Is Why You Should Still Buy