The conditions are
1. The maximum limit for movement of funds overseas or to NRE accounts is USD 1 Million in a financial year
2. The source of funds in the NRO deposits/accounts should be repatriable
3. Taxes as applicable should be paid on the funds before the transfer, which means the certificates 15 CA and CB will need to be submitted to the bank to initiate the transfer.
In December 2011, a falling rupee prompted the RBI to completely to de-regulate interest rates on NRE Deposits. Following the move banks hiked their NRE Deposit rates, which became at par to NRO deposit rates.

Now, NRIs preferred to park money in NRE deposits, because they were freely repatriable and also tax free. NRO deposits continue to attract tax. Repatriation means that you are free to transfer the money to your account overseas, if you desire to do so. It is also advantageous since if there is an excess movement in the currency, you can make money by transferring the amounts at the right time.

Who is an NRI?

A NRI as per India's Foreign Exchange Management Act 1999 (FEMA), is an Indian citizen or Foreign National of Indian Origin resident outside India for purposes of employment, carrying on business or vocation in circumstances as would indicate an intention to stay outside India for an indefinite period. An individual will also be considered NRI if his stay in India is less than 182 days during the preceding financial year.Can NRIs maintain a domestic trading and demat account? 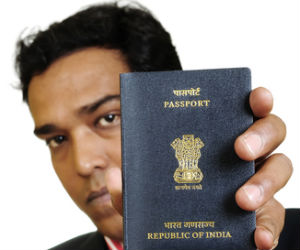