Other than the unregulated framework within which these newly frenzied digital tokens operate in India which had been quiet a deterrent for a few, you have now a couple of more reasons to avoid them in the current landscape. Here are enlisted all such reason for your ready-reckoner:

But before it , we will here again recall the words of Arun Jaitley in his Budget 2018 speech on cryptos that crytocurrency is not a legal tender and its use shall be discouraged in India.

1. Banks are stopping the use of their debit, credit cards for crypto transactions:

Citigroup (India) citing the huge risk for crypto investors has banned the use of its cards for crypto dealing. As per a leading business daily report released in February, internationally some 4 banks including Bank of America, Capital One Bank and Discover Bank and UK's Lloyds Banking Group have taken a similar stance.

In India, in a more recent case, HDFC has also disallowed its customers to use its debit or credit card for buying cryptos. Meanwhile SBI is in talks with Mastercard and Visa platform to bring to halt such trading in cryptos using their products.

So, it may well be the case that other banks both from the private and public space follow suit.

Two of the crypto exchanges based out of India providing platform for trading in cryptos said to stop their operations from March 5 as government measures discourage crypto. The two exchanges BTCXIndia and ETHEXIndia were informing their customers via e-mail to withdraw their money with them before March 4.

As any money left with them will be difficult to unlock as they notified of ceasing their operations due to non-conducive business environment. This is yet another red flag as all the stakeholders in the crypto-world are at stake.

As studied by Paul Day, a technical analyst and head of futures and options at Market Securities Dubai, if the downtrend reverses, 76% fall in bitcoin price is expected from February highs.

On the contrary bitcoin bull predicts its price to sky-rocket at &dollar;91000 in 2020 on price recovery as per a report.

Crypto ad ban on these platforms hit the currency on value terms which saw bitcoin free falling as the market forces of demand took a toll in the same proportion.

5. Market forces decide the price and hence your returns:

Not all cryptos will reap returns at par with bitcoins which in the matter of a year scaled to highs of &dollar;20000 from &dollar;1000. So, do not expect gains of similar type from all cyrptos as even the current scenario signals so with more troubled waters for the cryptospace.

KYC verification by providing investors Aadhaar, PAN and bank details has to be completed with the exchanges for dealing in cryptos

Previously citing concerns that such digital currency is being used for several illicit transactions including money laundering and terror financing, tax dept has plied to extract crypto investors data by raiding at various crypto wallet companies. 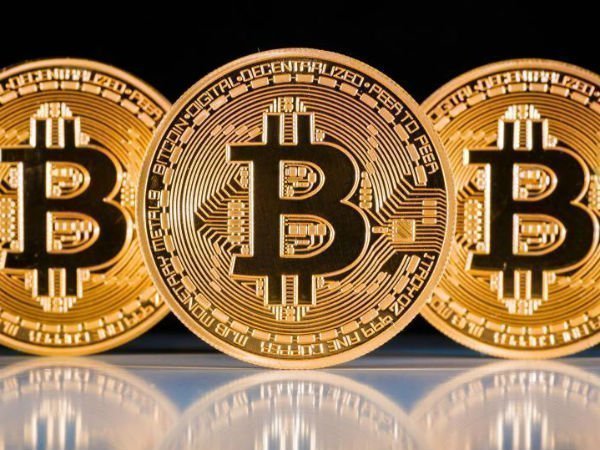 So, well the case of taxation is still not very clear on bitcoin gains, nonetheless to some extent you can familiarize yourself with it by this read on Bitcoin taxation.

Banks suspending trading accounts of exchanges with them

Bitcoins and other cryptos should not be avoided as even banks even without the mandate from the RBI as a precautionary measure toghtened noose by suspending bitcoin exchanges accounts with them. HDFC, SBI, Axis and ICICI Bank have all gone ahead with it.

And there are reports from exchanges that at the start of the month i.e March crypto transaction have dropped by almost 90% from the previous recorded figures.