The deadline to link your Aadhaar and your PAN (permanent account number) is March 31. Your PAN will become void if you do not comply. The government has placed an amendment in the Finance Bill, 2021, approved by the Lok Sabha on Tuesday, under which individuals will be responsible for paying a late fee of up to Rs1,000 if their PAN is not linked to their Aadhaar number. A new Section 234H of the Finance Bill (Lok Sabha) has been introduced to charge a fee for failure to specify the Aadhaar number in ITR. If an individual fails to link his or her PAN and Aadhaar by March 31, he will be charged a fee of Rs 1,000. This charge is in addition to the other repercussions that a person will face if their PAN becomes inactive due to not being linked with Aadhaar. The government has previously granted several extensions to enable citizens to link their Aadhaar and PAN numbers, so now is the best time to do so before the March 31 deadline. Section 139AA of the Income Tax Act allows anyone who is eligible for Aadhaar to include their Aadhaar number in their income tax return and application for PAN allotment. Apart from that, anyone who has been issued a PAN as of July 1, 2017 and is entitled to seek an Aadhaar number must link his PAN to the Aadhaar number.

If an individual does not comply, his or her PAN card will become invalid after March 31, 2021. A permanent account number (PAN) will become unserviceable under Income Tax Rule 114AAA if an individual who has been issued a PAN as of the 1st day of July, 2017 and is needed to intimate his Aadhaar number under section 139AA(2) fails to do so on or before the 31st day of March, 2021, the PAN of such individual will become inoperative immediately after the said date for the purpose of taxation. If an individual fails to provide a PAN or provides an inoperative PAN, he or she may be required to pay a higher TDS (tax deducted at source), may be unable to file a tax return, and may face the repercussions of not filing the tax return under various provisions of the Income Tax Act. As a consequence, if a person fails to file his or her ITR by the due date, he or she can file a late ITR on or before March 31, 2021 by paying late fees or penalties. The Income Tax Authority, under section 119(2)(b) of the Income Tax Act 1961, has the discretion to approve any submission or application for any allowance, deduction, refund, or other benefit even after the time stated in the IT Act has expired. 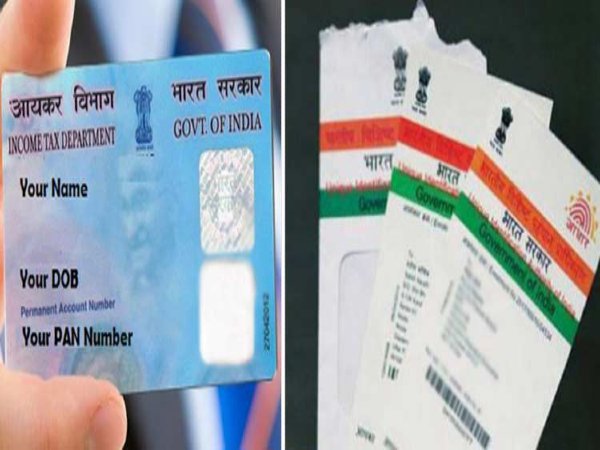 How To Link PAN With Aadhaar Card Online?

Thus, if a taxpayer struggles to file his ITR for AY 2020-21 by March 31, 2021, for any legitimate reason, he or she can notify the Income Tax Authority for a delay after documenting adequate and fair reason. However, it should be remembered that this is a statutory right delegated to the tax department, and exemption can be granted on a particular circumstance level. There are also certain additional repercussions for not filing ITR by the due date, which may be imposed on the taxpayer if he or she files ITR after seeking permission under section 119 of the IT Act, only if the Income Tax Authority exempts the taxpayer under section 119 of the IT Act. Late filing fees of Rs 10,000, for example, if the taxpayer's gross income is less than Rs 5 lakh, late penalties are reduced to Rs 1,000, and additional interest is levied at 1% a month or part of a month for any tax that remains outstanding under Section 234A of the IT Act. Hence, if you haven't filed your ITR for FY20 and have not linked your PAN with Aadhaar yet, you should do so immediately before the stated deadline.