Over the last few years, debt mutual funds have seen good inflows from investors, largely because they can be better in terms of tax breaks, as say compared to a fixed deposit of a bank.

In short, they are more tax efficient than bank deposits, especially for those in the highest tax bracket. 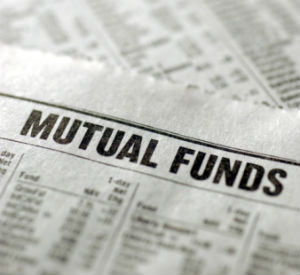 how are mutual funds taxed

By and large debt mutual funds in India are safe, but, there have been instances of worries in the past. It all depends on the composition of the holding in the fund. For example, if the fund has a lot of investment done in government securities, or even bank deposits we can consider them as very safe. However, the problem may arise with corporate bonds.

Recently, two debt schemes of a reputed mutual fund took a hit when one of the debt of a corporate was downgraded.

The concerned mutual fund had to write-down the value of its investments. A problem will arise if the concerned entity would default on honoring its interest and principle payment obligations. So, to say with certainty that all debt schemes are safe would not be correct.

Where does the problem lie?

Although a concerned mutual fund may look at the credit rating and then make an investment in the debt instrument, it's highly possible that the business environment could deteriorate, putting the investment at risk.

In the above case, the concerned corporate faced a cash crunch and its rating was immediately downgraded, hitting the portfolio of the debt fund.

What should investors do?

Ideally, investors in a debt mutual fund should place their money in funds that have government securities in their portfolio. Sometimes, fund managers chase yield and may end-up in corporate bonds that could be risky.

It's not as if to say all corporate bonds are risky. Companies from the Tata and Aditya Birla stable could seldom default. Hence, the fund manager has to check the corporate and not chase yields.

As far as the investor is concerned he can choose from a range of debt mutual funds including ultra Short Term funds, Gilt Funds, Money Market Funds, Floating Rate Funds etc. The latter two can be considered as very safe for investors and should be the ideal choice, though the returns could be low.