Specifically for Andhra Pradesh and Telangana, there are two holidays which are government holidays only in these two states.

Those are Bhogi and Babu Jagjivan Rao Jayanti. 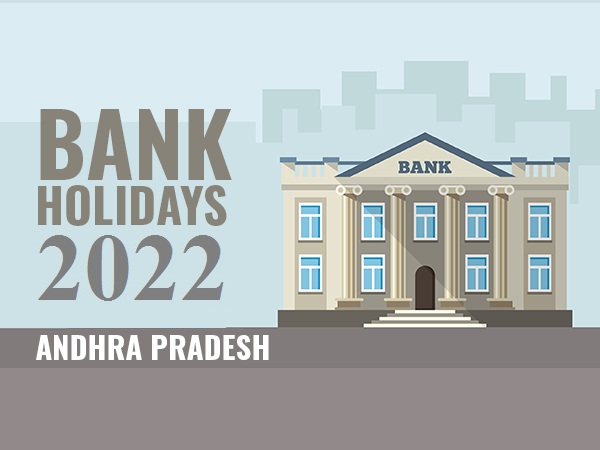 Bhogi which falls in the month of January and this holiday is a public holiday in Andhra Pradesh only and Babu Jagjivan Rao Jayanti which falls on April 5th annually.

A Brief On Andhra Pradesh

The state has a very diverse geographical features. These include mountains and a beautiful coastline. In fact, the coastline of the state is the second largest in India, only after the state of Gujarat. Andhra Pradesh has a very rich culture and tradition. Visakhapatnam, Vijayawada, Warangal are some of the major cities of AP.

How to use the holidays in Andhra Pradesh to the hilt?

Ugadi - Ugadi is a new year day for Telugu people. Ugadi is the first day of Chaitra month. This is a public holiday in Andhra Pradesh. This day is celebrated in a great manner in rural as well as in urban areas. This day is celebrated by preparing special food which is only prepared on this day which is called Ugadi Pacchadi. Ugadi Pacchidi is a mixture of six different tastes which includes sweet, salt, sour, pungent, spice, bitter.

Dusshera - Dussehra is an important festival not only in Andhra Pradesh but also in many other states. On this day it is a national holiday. This festival is a nine-day festival, but there are two different reasons for celebrating this day. One is, In the joy of Durga Devi winning over mahishasura and the other is lord Rama won over Ravana. This festival is celebrated by Installing idols of Goddess Durga Devi and by worshiping Durga Devi nine different forms or avatars for nine nights.

So, use the following festivals to celeberate bank holidays in Andhra Pradesh to the hilt.

Try Special Cuisines during a bank holiday in Andhra Pradesh?

Andhra Pradesh is famous for the spicy foods which include Vegetarian as well as non-vegetarian foods. Here is a variety of dishes which you can try during a bank holiday in Andhra Pradesh.

In Andhra Pradesh, especially in coastal region fish curry is very famous which is called Chapala pulusu locally. This curry can be found in the restaurant serving Andhra cuisine. The curry is prepared using spicy herbs, the fish, curry leaves, etc. The main thing which brings flavor to this is special tamarind sauce. This will be a very great choice of to have during a bank holiday in Andhra Pradesh.

The most favorite vegetable curry for most of the Andhra people is Brinjal. There is a particular kind of brinjal curry which is very famous in Andhra Pradesh, called as Gutti Vankaya Koora. This particular curry is prepared by stuffing fresh herbs and seasoning it. The curry will be cooked thick, and from a distance, one can enjoy the fresh smell of this unique curry. One can eat this special curry with rice or roti. There are many other cuisines of Andhra Pradesh It will be a great option to try all these cuisines during a bank holiday in AP.

Incredible places to visit during a bank holiday in Vizag?

This year a lot of public holidays in Andhra Pradesh is coming in a row. For the people in Vizag, this is like a chance to visit all the best places around and enjoy the beauties of Vizag.

Here we are providing the details of the top three nearby places which one should not miss to see if they are living in Vizag on a public holiday.

Kambalakonda Wildlife Sanctuary - This wild life sanctuary is located five kilometers away from Vizag on the highway to Srikakulam. Here you can do trekking as well. This park will be open from morning 9.00 AM to 4.30 p.m.. As there is a small lake in the premises one can go for boating as well.

Dolphin's Nose - Dolphins nose is a hill which resembles the shape of the nose of a dolphin. On the top of the hill, there is a lighthouse which is a very famous tourist attraction as well. The greenery and
the beauty of the hill makes it very attractive, and this is one the best place to visit around during a bank holiday in Vizag.

Araku Valley - Not only in Vizag. But all over Andhra Pradesh, this is one the best destinations to visit. This valley is of Anantagiri hill. This hill is more than 3000 feet above the sea level. This place is famous for its beautiful weather and charming waterfalls.

Is Ugadi a bank holiday only in Andhra Pradesh?

In Andhra Pradesh, Ugadi is a public holiday in Andhra Pradesh. Ugadi is dedicated to Lord Brahma who is referred as the creator. As per the Hindu, Mythology world was created on this day by Bramha. This day is one of the most auspicious days for Hindus.

This day is celebrated for three days in Andhra Pradesh and few other south Indian states in India. On the occasion of this day is celebrated by cleaning the house and even on this day few Individuals color paint their houses. Most of the Individuals also decorate their houses by mango leaves and banana branches and etc. They start their day by waking up early in the morning take bath and visit temple. Many delicious foods are cooked on this day. Of which a very famous a special dish called ugadi pacchadi is cooked on this day. This dish is cooked only on this festival. So this dish is named after the festival as Ugadi pacchadi. This dish is made with eight different tastes. Though this festival is celebrated for three days. There is only one bank holiday in Andhra Pradesh.

In ATM services there is a service called card to card transfer and you can use this service to send money. All you need to do to use this service is, to visit the nearest ATM and if we see in services, there will be a service called card to card transfer. In this you have enter few details of the beneficiary such as card number and mobile number of the recipient's and can send money to the beneficiary. This service is fast as the money will be credited to the recipient account in a matter of seconds.

Use Mobile Wallets services during bank holiday in Andhra Pradesh?

PayTM is one of the digital wallets to store money and make quick payments. It was launched in 2010. Paytm is used not only to do quick electronic payments but also you can do bill payments, transfer money and avail services from merchants from travel, entertainment, and retail industry. Paytm has partnered with few big and reputed educational institutions in India to introduce cashless payments for fees, bills.

State Bank of India launched this mobile wallet. This wallet is useful for transferring money to other users and bank accounts, and also you can use this wallet to pay bills, recharge your mobile or DTH, book movie tickets, hotels, shopping. This wallet offers its services in 13 languages and is available for Non-SBI customers as well. This wallet will be more useful for you if you are SBI customer as you can view your transactions and other banking details on this application.