Kerala is a state that is in South India. Because of its mesmerizing beauty it is often called "God's Own Country". The state was also called Keralam and Malayalam is the popular language spoken here. The scenic beauty is largely on account of greenery, backwaters, hill stations and acres of Coconut Trees. Hills stations like Munnar, backwaters, wildlife and delectable cuisine make Kerala an ideal tourist destination. Bank holidays in Kerala include the popular national holidays, as well as the states regional holidays. 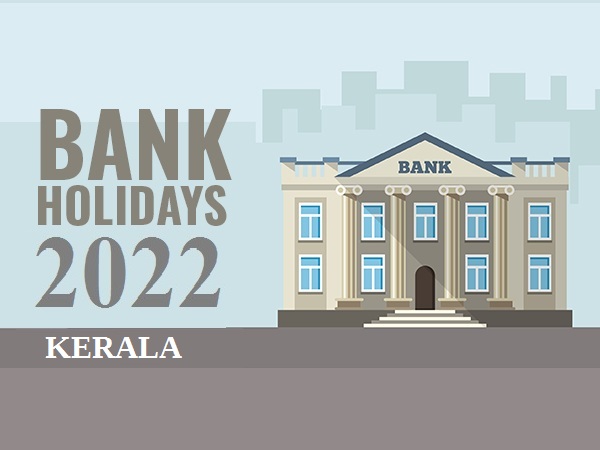 The state has highest literacy rate in the entire country and also boasts the highest life expectancy in the country.

The capital of the state is Thiruvananthapuram. Kerala is also very rich in natural resources. Apart from this, the state also has significant amounts of agricultural presence with rubber, coconut, coffee and tea output.

Kochi, Kozhikode Trivandrum are some of the major cities of Kerala. A number of spices are also grown in the state. In fact, spices was exported from the country, which is why it was also called the garden of spices.

Onam is a ten-day festival of which the first day is called atham and the tenth day is called as Thiruonam. Though it is a ten-day festival only the tenth day of the Onam is a bank holiday in Kerala. The government of India promoted Onam as the National Festival, and a lot of tourist from around the world comes to Kerala during Onam to see the rich culture of the state. During Onam, there will be feasts, folk songs, elegant dances, energetic games, etc.

There will be a very special meal or feast called Onasadya during Onam which will be served in banana leaves and it's a nine-course meal with 11 to 13 essential dishes. There will be a boat race called Vallamkali on the river Pampa. In this race hundreds of boatmen take part. This will be a colorful sight to watch not only the race but also the way they decorate their boats.