Punjab bank holidays are quite a few. The state of Punjab has bank holidays on most of the major festivals in India. These include Christmas, Diwali and the many state holidays.

You can spend your holidays in Punjab in a number of ways.

The state is so beautiful there is plenty to see. In fact, the lush greenery in Punjab is a visitors delight. On the popular festivals, the state has no dearth of them. The best part about the bank  holidays in Punjab is that the Punjabis enjoy it to the very hilt, given their jolly nature. In fact, if you have a public holiday the one place that you must not forget to visit is Punjab. There are many popular cities also where you can visit. In fact, if you want you can also spend time in the country side, which is known for its lush greenery. The people are also very hospitable, which means you would enjoy your public holidays a great deal. From the city of Chandigarh you can also visit Shimla and other parts of Himachal Pradesh, if you are planning your holidays. What we suggest is that you travel by road to some of these most beautiful places in the city. This is a great state to be in and has a very rich history and tradition that the entire state is proud about. 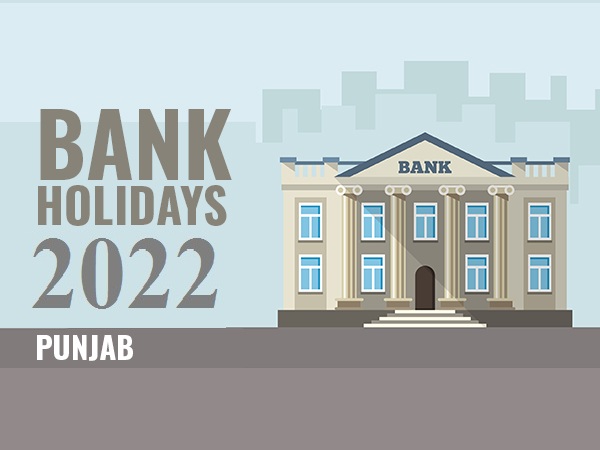 Punjab is a state in the Northern part of India. The state has a very rich cultural tradition, which dates back to several thousand years. Bhangra is a very popular dance of Punjab, which has been popularised throughout the world. Punjab has a very good and delectable cuisine. Among these include sarson ka saag and tandoori chicken and makki di roti.

Chandigarh, Amritsar, Ludhiana, Patiala, Jalandhar are the popular cities in Punjab. Baisakhi, Lohri and Teeyan are the popular festivals of the state. Punjab is very rich in agricultural produce. In fact, due to the high production of wheat it is often called the wheat granary of India. Chandigarh is capital and union territory and also the capital of the neighbouring state of Haryana.

Punjab also has a host of sporting personalities including the likes of Milkha Singh. It is believed that Kabbadi originated in Punjab. Field Hockey is a popular sport in Punjab and the state has produced many players that have won medals for the country.

In Punjab most of the population are Sikhs. So there are three public holidays in Punjab which are state holidays, not national holidays. Those three days are:

Guru Gobind Singh Jayanti is a Sikh festival is celebrated in the memory of the tenth Guru of the Sikhs. This is a government holiday in Punjab. This festival doesn't come on the same date every year. Because this festival is celebrated as per Sikh calendar. This day is a holiday for banks, government offices, educational institutions etc. Some business might open on this day.

Martyr's Day of Guru Arjun Dev Ji is a Sikh festival that is celebrated in the memory of the fifth Guru of the Sikhs. This is a government holiday in Punjab. This festival doesn't come on the same date every year. As this festival is celebrated according to the Sikh calendar. This public holiday in Punjab is on May 26, which is a Tuesday this year. This day is a holiday for banks, government offices, educational institutions etc. Some business might open on this day.

Which are the religious bank holidays in Punjab celebrated all over India?

1) Holi
Holi is celebrated to mark the triumph of good over evil. It mostly occurs during the month of February - March. The date of the festival is mainly based on the Hindu calendar. Holi is a public Holiday. All educational institutions, government offices, banks will be closed on this holiday.

5) Christmas
Christmas is celebrated on December 25 every year. Christmas is celebrated according to the Christian calendar and it is the general calendar in India. This festival is a public holiday. On Christmas, all educational institutions, government offices, banks will not function. Of course, it may not be possible to highlight all of the festivals and holidays list in Punjab, but, we have covered a few in the article.

Some great Punjabi authors wrote books of different genres such as motivational, love, biography, etc. Spending time by reading will refresh you on a bank holiday in Punjab. Of many great authors, Waryam Singh Sandhu is one of those authors. He is famous for his short stories, as he holds a doctorate in philosophy and for one of his short stories Chauthi koot he was awarded Sahitya Akademi Award. Though his writings were in Punjabi, his books get translated into many languages such as English, Hindi, Bengali, and Urdu.

Here is a list of books which may interest yo:.

He wrote a lot of short stories like Chauthi koot, Lohe De hath, Ang sang, Bhajian Bahin, Chonvian Kahanian, Til Phul, etc. As these are short stories together, get printed into one book as Selected Short Stories of Waryam Singh Sandhu. All the stories are in Selected Short Stories of Waryam Singh Sandhu are about philosophy. He wrote few nonfiction stories as well such as Kulwant Singh Virk Da Kahani Sansar, Kushti Da Dhroo Tara-Kartar Singh, Pardesi Panjab, etc. To read books written by Waryam Singh Sandhu will be a great option during a bank holiday in Punjab.

Can you sell or buy Bitcoins on a bank holiday in Punjab?

Before knowing, can you sell or buy Bitcoins on a bank Holiday in Punjab? It is important to know how it works?
Bitcoin is a virtual currency controlled by some anonymous person or a team. This is commonly known as the decentralized digital currency. This is not authorized by Reserve Bank of India. Better not go for these. There are many other options which you can opt such as now in India there are various options such as electronic wallets and much more.

There are many religious festivals in Punjab. The date for which changes year to year. Every other religion is having a calendar of their own and the dates are considered as per their calendar.

If we consider top 5 Religious holidays in Punjab, they are:

1. Dusshera - Every year Dusshera festival comes on a different date because the date is considered as per Hindu calendar, not the general Georgian calendar. There is a difference of 11 days between the two calendars, the festivals fall at a time gap of 11–12 days.

2. Diwali - Similar to Dusshera festival Diwali comes on a different date because the date is considered as per Hindu calendar, not the general Georgian calendar. So Diwali comes 11- 12 days prior to the past year date.

Spending your bank holidays in Punjab

It is time that you spend your bank holidays in Punjab, with the family or doing any activity or work that has long been pending. For example, you may have wanted to repair your car or do a spring cleaning of the house. Why only work, it maybe like you always wanted to read a novel and never got an opportunity, due to the hectic work schedule. It is very important to give yourself the opportunity to spend time to do just that. Also if you have nott gone for an outing for a long time, it would be nice to catch-up on that outing with the family and the kids. In short, there are a plethora of things to do during the public or government holidays in Punjab. You can enjoy to the hilt, be a little conscious and do exercise, but do not laze around doing nothing during the holidays. that is not a good idea.

Plan a one day trip during a bank Holiday in Jalandhar

There are more than 90 bank holidays in Punjab. For the people living in Jalandhar, there are options which they can plan a one a trip during a bank holiday in Punjab. As Jalandhar is near to Himachal Pradesh, you can visit these places.

Nalagarh Hill Station - Nalagarh hill station is Solan district of Uttar Pradesh. In this hill station most attractive to see is Fort Nalagarh. Here you can do hiking, Nature walks and much more. This place is nearly 120 km away from Jalandhar.

Dharamshala Hill Station - This hill station is approximately 200 km away from Jalandhar. In this place, you can do activities such as rock climbing, trekking, etc. The main attractions in this location are the cricket stadium which is the highest cricket stadium in the world. This place is adopted home of the 14th Dalai Lama. Not only there are many more attractions in Dharamshala. It is advisable to plan to visit this place during a bank holiday in Punjab.

Naldehra Hill Station - The home to the India's nine-hole golf course. Lord Curzon built this golf course during a British rule. By visiting this place, you can do river rafting, Camping and can visit Nag Temple as well.

For the people living in Jalandhar, these Hill station's are advisable to visit during a bank holiday in Punjab.

How Guru Nanak Jayanthi is celebrated in Punjab?

The celebrations in Guru Nanak Jayanthi starts two days in advance. They start this holy festival with the reading of the Guru Granth Sahib. The holy book of Sikh community. A procession will be organized with panj pyaras which mean five beloved ones. In a palanquin, they will carry a Sikh flag and the holy book Guru Granth Sahib. This palanquin will be followed by singers who will be singing hymns. This procession will be going all around the city, and the whole city will be decorated with Sikh flags and flowers.

There will be few groups following with this procession. They will be performing various martial arts and mock battles. The main agenda of the procession will be to make people aware of Guru Nanak's contribution to the Sikh community.