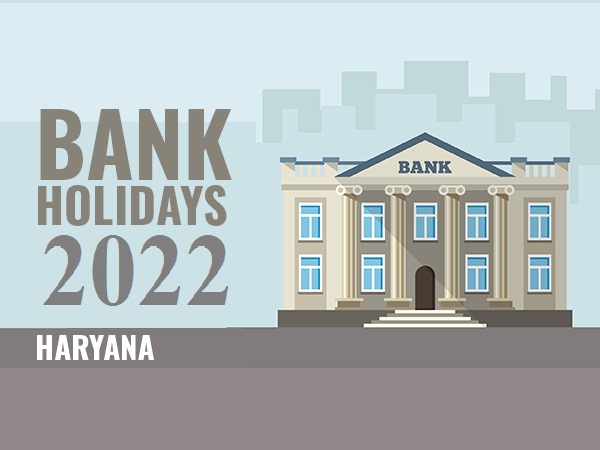 What to Do During the Haryana Bank Holidays in 2020?

There are plenty of things to choose from, during the holiday time.

There are nearly 25 public holidays excluding second and fourth Saturdays in India.

These three holidays are the most important holidays in India on the occasion of these holidays all the banks, Government offices, schools, colleges, Educational Institutions and all other organizations will be closed on these three days of every year.

Mahavir Jayanti - The festival usually falls in the month of April every year. It is a public holiday on this day in Haryana.

Good Friday - Good Friday generally falls in the month of April and it is observed as black Friday. People who practise Christianity will fast and mourn on this day as a mark of respect for Jesus who was crucified on this day.

Buddha Purnima - The day marks the birth of Lord Gautama Buddha. It is usually observed on a full moon day during the Vaishaka month of the Hindu calendar.

Ramadan - It falls on the ninth month of the Islamic Calendar. People usually fast from dawn till dusk (till sunset) during the Ramzan period which usually lasts for 40 days.

Bakrid - It is also referred to as Festival of Sacrifice and is the second most important festival in Islam which is observed worldwide.

Dussehra - The ten days of Dussehra usually falls during October. During this period special pujas will be performed for Goddess Durga. People will offer prayers on all the days and the goddess will be decked up beautifully every day over a period of ten days.

Diwali - It is also referred to as festival of lights. The festival is celebrated with great zeal and enthusiasm by Hindus across the country. The day marks the end of a war between Lord Rama and Demon Ravana (Triumph of Good over Evil).

Christmas Day - The festival which is celebrated as the birth of Jesus Christ will fall on December 25, every year. The day will be observed with prayers, greeting each other with delicious food and gifts, charity to poor and needy followed by special decorations at home and church.

Is Fifth Saturday is a Working Day for Banks in Haryana?

No, it is not a bank holiday in Haryana, fifth Saturday is a bank working day.

For the month of January, March, May, July, August, October and December which have 31 days, if the month starts on Thursday, Friday or Saturday then these months will be having five Saturdays.

For the remaining months, April, June, September and November which are 30 days months, if the month starts on Friday or Saturday then the month will have five Saturdays.

3 Getaways During a Bank Holidays in Haryana?

2. Nainital - During government holidays in Faridabad Nainital is also a great option to visit especially for nature lovers. Nainital is well known as “Lake District of India”. The distance between Nainital and Faridabad is 295 km. Nainital got its name due to the Naina Devi temple which is one of the important religious temples in India which is among 51 shakti peetas.This is also a great option to consider during public holidays in Faridabad.

Read a novel written by the best writers from Haryana?

On a bank holiday in Haryana, most of us will be confused about what to do on that day. It will be a pretty good idea to read a novel on that day. Few writers wrote award-winning novels, and Preeti Singh is one of them.

Preethi Singh is one of the best and award-winning writers in India. She is basically from Chandigarh. On a bank holiday in Haryana read a novel written by her. She was nominated for the Commonwealth Booker's Prize in the year 2012, and she has also got an Award as the Best Debut Crime Fiction Novel of the year 2012. She got Swayamsiddha Award as self-made women who have been self-achievers in their respective fields. In the India Book Of Records, A novel written by her named Crossroads has made its place. That was the First Indian Fiction novel having real-life personalities as characters. A crime thriller Flirting With Fate was the first novel written by Preeti Singh for which she got a lot of recognition and awards for it. Crossroads is the second novel written by Preeti Singh, and this novel is an attempt to show the touching aspect of women undergoing domestic abuse and pain.

Enjoy a bank holiday in Haryana at Home.

Cooking a Meal - A Holiday is a perfect opportunity to learn cooking or cook new dishes. You can invite your friends to join you in the kitchen to help or to hang out with you. You can give them a small treat by preparing some variety of dishes. Some recipes available online which you can use to cook some good and delicious foods.

Watch a Movie - You can plan to watch a movie. You can bring some good DVD and plan to watch the film with your family, or you can invite your friends to your home and plan with them. Not only bringing DVD now can watch online as well. So you will be having a wide range of options.

Do some activity - Try to do plan some activity like if there is some work to be done at home like some furniture or plumbing work. If it is possible for you to do it. Plan to do it on a bank holiday in Haryana

How to do a transaction during a bank Holiday in Haryana?

There are many options to consider during a bank holiday in Haryana. Reserve Bank of India and National Payments Corporation of India has launched many services in Banking and made almost all the banking services easy for us. The jointly launched UPI service has made banking easy. Not only UPI we can use IMPS as well during a bank holiday in Haryana. These two services work 24/7 and 365 days in a year. There are few charges for these services, and the method of these two services is as follows.

UPI (Unified Payments Interface) - To use this we need a smartphone with an internet connection and this service can be only used the mobile which has the mobile number registered with the bank. For UPI there specifically apps which are using UPI services only and method of using UPI is, to do this method we will need details from the receiver such as account number and IFSC Code of the account related bank. By keying in the details and amount we can send money or In UPI, there is another option of sending that is by using the VPA (Virtual Payment Address). If the receiver has VPA all you need is enter VPA, Fill in the amount how much you want to send and click on send.

IMPS - This service is a little old service when compared to the UPI service. This service is similar to UPI service that is by entering the account number and IFSC Code of the account related bank we can send money. The VPA option is not available in this service. So, use these services, during a bank holiday in Haryana to send and receive money.