Chhattisgarh is famous for steel production. In fact, agricultural and industrial production has contributed a great deal to the GDP of the state in the last few years. Bank holidays in Chhattisgarh include the popular national holidays, as well as the state holidays.

Chhattisgarh was a part of Madhya Pradesh, prior to Nov 1, 2001.

The state is well connected by rail and road network. Chhattisgarh is surrounded by states of Orissa, Telangana, Jharkhand, Madhya Pradesh, Maharashtra, Andhra Pradesh and Uttar Pradesh. In terms of area, it is the 10th largest state in India. Most parts of the state are covered with hills, but, it also has very fertile plains. The capital of Chhattisgarh is Raipur. 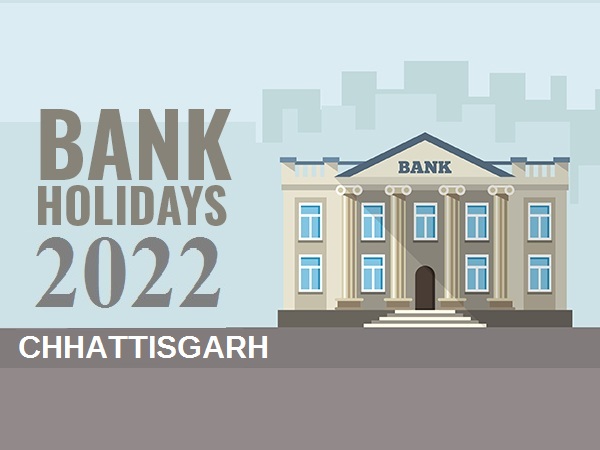 Chhattisgarh is also famous for a number of educational institutes, including the likes of IIM at Raipur; a National Law University and NIT at Raipur. Bhilai, Bilaspur, Korba, Jagdalpur are some of the major cities of Chhattisgarh.

What options do you have to deposit money on a bank holiday in Chattisgarh?

At these KIOSK centers, not only deposits but also you can do is the withdrawal of money, remittances, etc, during the publis holiday in Chattisgarh. The main concept of these kiosk branches is making basic banking services for the customers easy by using the shops as touch points.

Small business such as medical stores and other small business can serve as bank correspondents. Here a customer can deposit and withdraw a maximum of ten thousand rupees per day.

Not only this, There is another service launched called Cash Deposit Machines by using which we can deposit money anytime either it is a bank holiday in Chattisgarh or not. In this, you can deposit up to one lakh per day. There are few charges for using these services better to check them before using the services.

If you are withdrawing money to deposit into some other account, it will be better if you use electronic money transfer methods for that.