You get bank holidays for a whole lot of festivals, government holidays and the like in Bihar.

There are many popular festivals for which there are these holidays. These include festivals of Makar Sanktrathi mela, Pitrapaksha Mela, Bihula, Buddha Jayanthi etc. In fact, the state of Bihar is known to have a very rich tradition and culture, which is why holidays in the city are celebrated with such pomp and splendor. In fact, if you are spending your holidays, the best time would be the time when there are a host of these festivals. 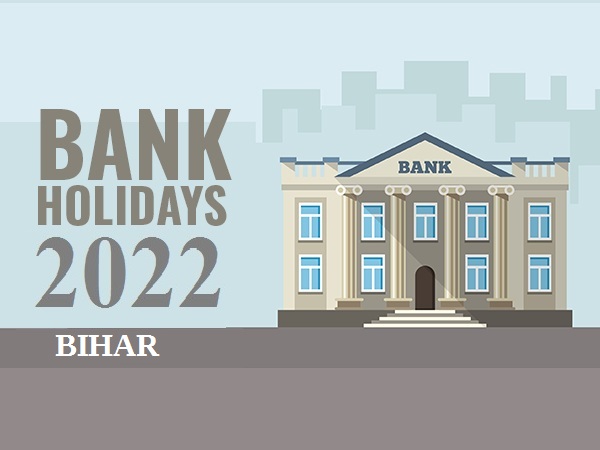 Government holidays in Bihar are plenty and you should make the best use of it by celebrating the same with all your loved ones. Traditions and cultures in the state of Bihar have passed out from century to century and today some of these have got more to do with ancestral things. If you are in Bihar you can also visit the many towns and cities you will find places like Patna and Gaya have so much of history surrounding it.

If you are in Bihar, you should also visit the cattle festival that happens at Sonepur. There is much of fund and intrigue attached to the thing. There is so much variety in the state that you can spend the bank holidays in Bihar with gaiety and an atmosphere of great love and understanding. So, go ahead and visit Bihar.

The Maurya and the Gupta dynasties sprang-up from the state. The capital city of Bihar is Patna. Some of the major cities of Bihar are Gaya, Bhagalpur, Muzaffarpur. Though Bihar has lagged behind in terms of development since independence, the state has been making rapid strides in the last few years. In fact, it is now among the fastest developing states in the country. Bihar has always been a state with a rich culture and history. The state of Bihar was in the year 2000, carved into two, with Jharkhand having split from it.

Bihar Divas - Bihar divas is celebrated on March 22 every year which is a bank holiday in Bihar. This day is Bihar state formation day. Bihar Divas is being celebrated since 1912. Before 1912 Bihar is a part of Bengal but on march 22 1912 Bihar state was carved out from Bengal by the British government. On this bank's government offices and educational institutions will not work as this day is a public holiday in Bihar.

Chhat Puja - This festival is celebrated on different dates every year. As this festival date is decided as per the Hindu calendar. We all know that Hindu calendar is different from the georgian calendar. Because Georgian Calendar is solar calendar whereas Hindu Calendar is a lunar calendar. On the day of Chhat Puja Individual worship the Sun. As the sun is considered as the God of energy and of the life-force to promote well-being, prosperity, and progress. Even there are beliefs in Hinduism worshipping sun god can cure a variety of diseases, including leprosy, and helps ensure the longevity and prosperity of family members, friends, and elders. This is a two-day festival so there will be two bank holidays in Bihar for this festival.

Even for Holi and Dusshera there are two bank holidays in Bihar for every single festival.

Places to Visit in Bihar

Bihar was once the seat of one of the most prosperous ancient Indian kingdoms. There are few places in Bihar which you must visit and explore them here is the list. Use your bank holidays in Bihar to visit these places.

Vaishali - Vaishali is an another important archaeological site which was also once the capital city of Licchavi rulers. Vaishali is the birthplace of last Jain Tirthankar Lord Mahavira. Mahavira was born and brought up in sixth century in Vaishali. This place is also famous as it is witness to the last sermon of Buddha. During the time of Buddha Vaishali was a prosperous kingdom it is known for its beautiful mistress Amrapali. It is one of the places in Bihar which you must visit if you are from Bihar. There are many more places such as Navlakha Palace, Hieun Tsang Memorial Hall, Jalmandir which are worth visiting during a bank holiday in Bihar.

Traditionally Chhath Puja is celebrated twice in a year. Once in summer which is called as the Karthik Chhath and the other time is in winter which is called as Kartika Shukla. There are a lot of tales about the origin of Chhath Puja of which one is that its first celebrated by the Pandavas and Draupadi in order to resolve their problems and regain their lost lands. There are many other stories as well. The Chhath Puja is a four-day festival, and there are few Rituals of Chhath Puja for each day. On day one, Nahay Khay which means the devotees take a dip in the holy river and prepare a proper meal. On day two Lohanda and Kharna which means devotees fast for the entire day. On the Third day, they will offer prayers to setting the sun. On final day devotees offer prayers to the rising the sun.