The government of India has made it mandatory for linking of aadhaar with PAN otherwise your income tax return will not be processed.

If any individual has to carry out a bank transaction which is above Rs 50,000, then one has to get the linking of aadhar with PAN Card done. The linking of PAN number with aadhar is a simple procedure and it is done through various methods. The government of India has set a deadline of September 30, 2019, for linking PAN with Aadhar.

How to link Aadhaar with PAN Card via online?

Individuals can link Aadhar to PAN by following the below mentioned simple procedure:

Step 1: Visit the Income Tax e-filing web portal.
Step 2: Enter your PAN number and Aadhar Number in the form.
Step 3: Enter your name as provided in the Aadhar card.
Step 4: If your year of birth is mentioned in the Aadhar card then tick the square box in the form, to proceed further.
Step 5: Enter the captcha code as mentioned in the image for verification.
Step 6: Click on the ‘Link Aadhar’ option to proceed further.
Step 7: A – pop up message will appear confirming the successful linkage of PAN with Aadhaar number.

Note: For visually challenged individual users, OTP request can be raised instead of captcha code. The OTP will be sent to the respective registered mobile number. 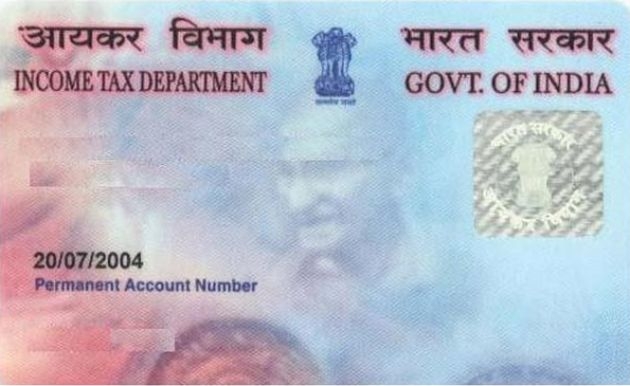 How to link PAN number with Aadhar via an SMS?

Follow the below mentioned steps to link your Aadhar with PAN:

Step 1: Type a message in the format UIDPAN
Step 2: Send the message to 56161 or 567678 from your registered mobile number
Step 3: You will get a confirmation message about linking your aadhar with PAN

The abbreviation for PAN is the Permanent Account Number. It is a ten character alpha-numerical identification card issued by the Income Tax Department in India to anyone who applies for it.

The PAN is a unique identification card issued to all the judicial entities which are identifiable under the Income Tax Act of 1961. The PAN Card acts as an important documentary proof which can be used for identification purpose.

The PAN is a number, whereas PAN Card is a physical card which will consist of the Permanent Account Number (PAN), Name of the Individual, Date of Birth, Father’s Name, Photograph, Digital Signature of the holder.

PAN Card is a lifetime document and it remains unaffected due to change in residential address.

The Income Tax Department in India will issue the PAN card with the help from authorized district-level PAN agencies like UTI Infrastructure Technology and Services Limited and National Securities Depository Limited (NSDL). Accordingly, there are various PAN Centres and TIN-Facilitation Centres located across the length and breadth of the country providing easy accessibility for individuals to get their respective PAN cards.

The process of issuing of PAN works on PPP (Public-Private Partnership) model and this is done to maintain competent, austerity and efficacy of the PAN applications.

PAN card will be issued to individuals as well as entities who pay taxes and in includes companies, Hindu Undivided Family, Association of Persons, limited liability partnership, local authority, non - residents and so on.

One should note that the names mentioned in both the aadhaar card and PAN card of an individual should match exactly. If in case of any discrepancies, then PAN cannot be linked with Aadhaar. UIDAI has provided an option for Aadhaar holders to make changes either in its official web portal or in NSDL PAN, in case of errors.

What to do if you are unable to link PAN with Aadhaar card number?

Why is it important to link PAN card with Aadhaar Card?

Linking PAN with Aadhaar is very important for all the PAN cardholders due to the following reasons: